Warning: ksort() expects parameter 1 to be array, object given in /home/customer/www/buffalowrestlingclub.com/public_html/wordpress/wp-content/plugins/bbpress/includes/core/template-functions.php on line 316
 Buffalo Wrestling Club » How to be a Good Teammate

How to be a Good Teammate

How to be a Good Teammate

Having a group of “good teammates” is the number-one reason for the success and growth of the Michigan Matcat Wrestling Club (South Lyon, MI), says Steve Richardson, Club Director.

“And having ‘good teammates’ as part of your program doesn’t just mean wrestlers,” Richardson says.

In order for a program, team, or individuals to succeed, “the coaches, parents, and wrestlers all must be good teammates,” he says.

He elaborates: “Like any team, if your team doesn’t include a group of good teammates, your season can be uncomfortable, and it can create problems trying to reach season-long goals. In an individual sport it’s difficult to get kids to buy into the fact that they can’t just care about themselves. Kids need reassurance from their peers just as much if not more than from mom, dad, or coach.”

Great teammates ask what they can give instead of what they can get, says John O’Sullivan, founder of the Changing The Game Project, an organization whose mission is to ensure that we return youth sports to our children, and put the ‘play’ back in ‘play ball.’ O’Sullivan wrestled from second through eighth grade before turning to soccer, which he played in college and professionally.

“This is an important distinction,” O’Sullivan says. “Many young athletes are influenced by professional sport to look for what they get out of sports. I get to start. I get to wear my favorite number. I get to show up and work hard when I feel like it, but not every day. I get to focus when I want to.”

On the other hand, great teammates ask, “what can I give?” O’Sullivan says. “I can give my best effort and focus no matter what. I can give to my teammates by supporting them and cheering for them when I am not wrestling. I can celebrate the success of others. I can demonstrate what our values are each and every day.”

Randy Rager, head coach at Rochester Community and Technical College, the 2014 and 2017 NJCAA Division III national champions, says the number-one thing he sees with good teammates is that they are supportive.

He says athletes who are good teammates provide support by:

Wrestling by nature is a struggle, says Scott Kluever, State Coach with the Wisconsin Wrestling Federation (the state affiliate for USA Wrestling in Wisconsin), and a middle school wrestling coach in Kaukauna, WI.

So it’s important for team leaders to set an example on how to be a good teammate.

“Your more experienced athletes have been through the pain of losing, or the struggle to master technique,” Kluever says. “So now it is their responsibility to explain to the newer wrestlers that it is part of the learning process and if they persevere through that process they will be better people/athletes in the end.”

It is important to have leaders who take the time to talk with all athletes, says Kluever, who emphasizes the word leaders, not winners, “because leaders don’t always win,” he says.

That’s an example of being a good teammate and that “builds strong team bonds,” Richardson says.

Prior to competitions, Michigan Matcat team members warm up together and are not allowed to leave the gym. If they are not wrestling, they are on the side of the mat cheering on their teammates. Each Tuesday during practice, Richardson and his coaching staff discuss the previous weekend’s competition with the team. One of the topics is always about teamwork.

“We make sure to point out something that one our wrestlers did to help out a teammate,” Richardson says.

One of the many great lessons young athletes can learn through sports is the value of being a great teammate, says Greg Bach, Senior Director of Communications and Content for the National Alliance for Youth Sports, a nonprofit organization that provides a variety of programs and services for everyone involved in youth sports, including professional and volunteer administrators, volunteer coaches, officials, parents, and young athletes.

But that can only happen when coaches make it a continual part of their practice and game day communication with the team.

“It’s about cultivating a team-first culture, where athletes are working hard to improve their own skills and working just as hard to help and support their teammates trying to improve theirs, too,” Bach says. “As coaches, it’s about inspiring kids to find the joy in being a student of the sport and being competitive with one another with the spirit of making a teammate better to make the team better. When young athletes are staying after practice to work with a teammate—because they want to—that’s the ultimate sign that players care for each other and are willing to invest whatever they can to help the team grow.”

Young athletes need to be taught what goes into being a good teammate and then coaches need to reinforce those teachings throughout the season, adds Bach.

For example, in basketball, it’s players who aren’t in the game providing encouragement and support to those who are on the floor, says Bach. In wrestling, it’s teammates who aren’t involved in the match being completely engaged in their teammate’s match, providing encouraging words during the match and afterward delivering high-fives and support no matter what the outcome.

Being a good teammate isn’t dictated by the outcome of a game or match.

“It’s following the close matches and heartbreaking losses where being a good teammate can carry the most significance—putting an arm around a teammate, telling him or her how proud you are to compete with them, and that they can use this experience to fuel their effort in upcoming practices,” says Bach.

When coaches see young athletes provide encouraging words to a teammate during practice they should acknowledge that display for all to hear.

“When kids see positive team behavior being applauded they’ll start to understand its importance and recognize how important it really is,” says Bach.

Parents as Teammates—for Other Parents

As for parents, they cannot only teach their children how to be supportive teammates; they can also be a good teammate for parents new to the sport of wrestling.

“If we are going to grow this sport we need to welcome new families with open arms,” says Kluever. “Being a great teammate in our parent group is explaining how wrestling works, showing them how you score a match, offering rides to help relieve some stress, and inviting them to sit with your group at duals.”

“Our growth is dependent on former wrestlers introducing their kids to the sport,” he says. “Many times, the parents and coaches are one in the same. We expect our parents and coaches to lead by example in being good teammates. Prior to the start of the season we have mandatory parents and coaches meetings. At these meetings, we express our culture of ‘TEAM’ first. We preach that every kid gets the same attention at practice and competition. We have no room for selfishness.”

But there’s plenty of room and opportunity for everyone—wrestlers, coaches, and parents—to be a good teammate. 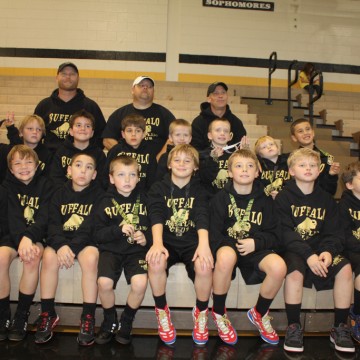 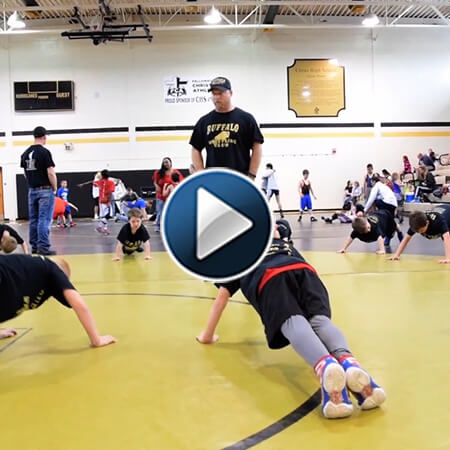